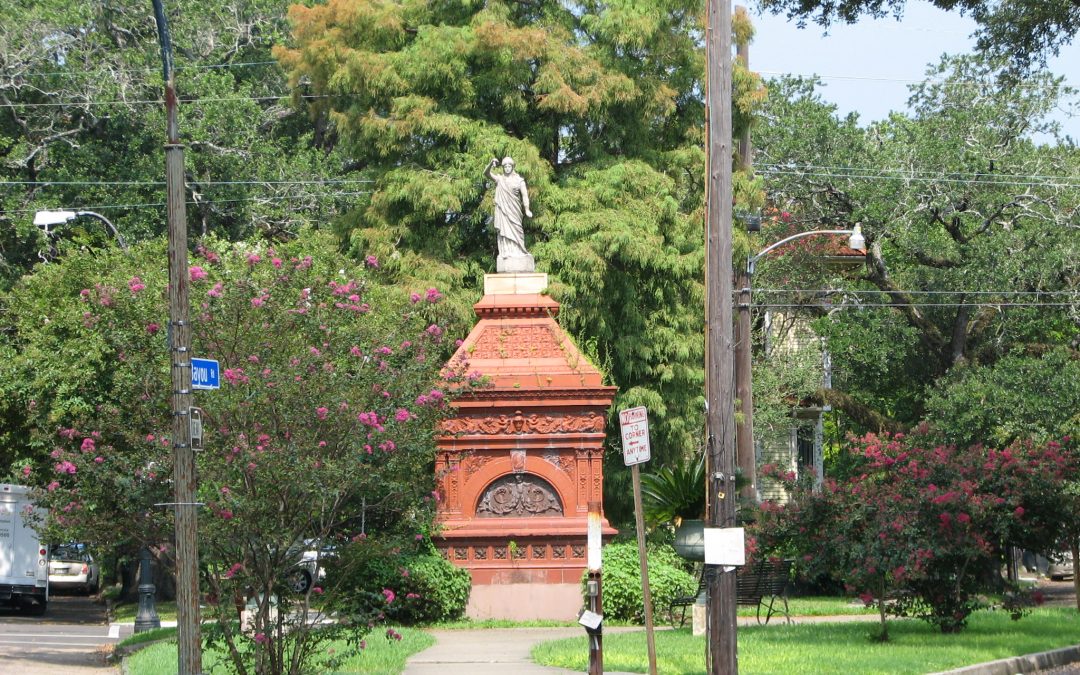 The focal point of the Gayarré Park on the Esplanade is this monument, which was originally displayed at the 1884 New Orleans World’s Industrial and Cotton Centennial Exposition at Audubon Park. It was erected at the exposition by a terracotta company to showcase what could be done with the material. The monument was relocated to its current site upon the close of the Exposition, a local resident named George Dunbar having purchased it from the Audubon Park Cotton Centennial Commission and donated it to the City of New Orleans. The title “Gayarré Place” was inset in the walkway beneath the monument, and in 1886 the park was dedicated to historian Charles Gayarré.

It was destroyed in 1938 and replaced with the present cement and marble statue of Clio, the Greek muse of history and the lyre. Other than the name, there does not appear to be any specific reference to peace in the iconography.