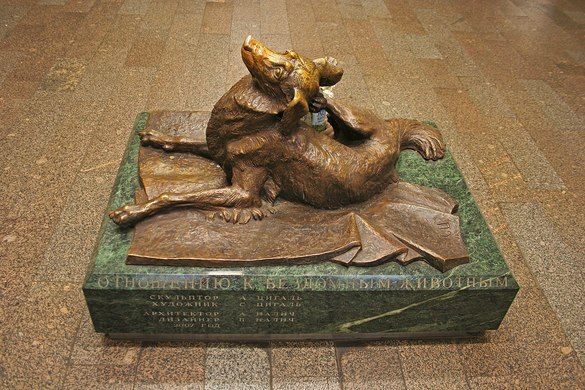 Malchik was a black mongrel stray dog who, for about three years, lived at the Mendeleyevskaya station on the Moscow Metro. Popular station with rail employees and commuters, in 2001 he was stabbed to death by a young model, found at trial to be mentally ill.

This bronze sculpture, named “Compassion,” was unveiled in February 2007, on the same spot upon which Malchik died. Dog-loving pilgrims pat Malchik lovingly on the head, and lay flowers on his pedestal, as they pay their respects to him and other strays who spend their lives on the streets – and subways – of Moscow.