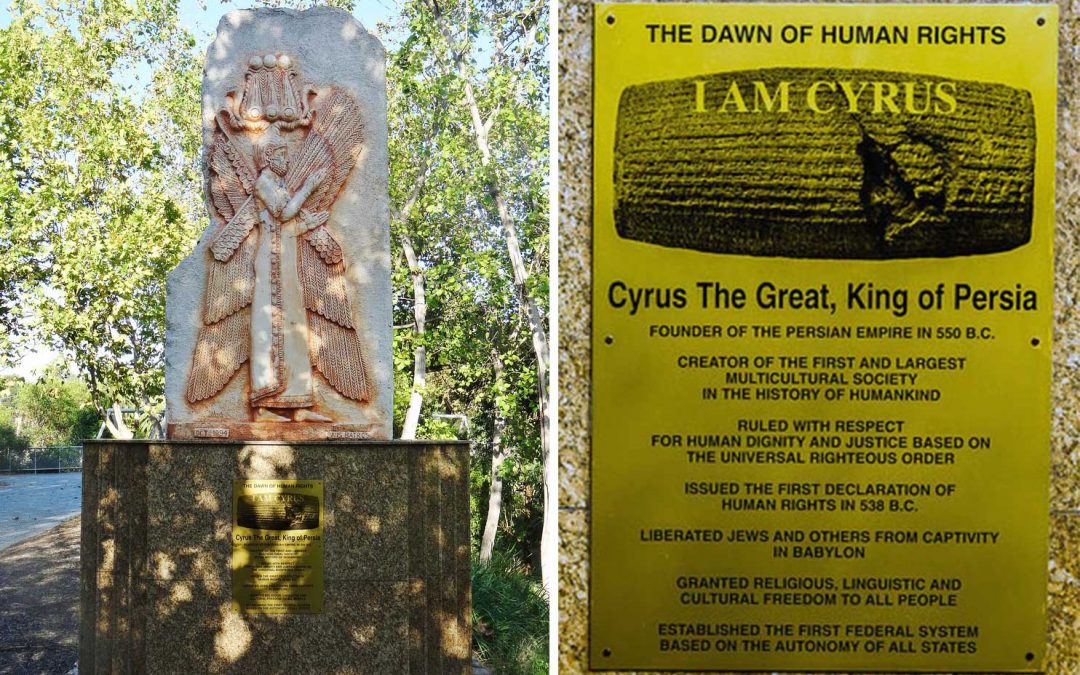 This is a replica of a bas relief discovered in Pasargade, the capital city of Persia, founded by Cyrus. It depicts Cyrus the Great (580–529 BC) in a Babylonian costume, Jewish helmet, with two wings and a short Persian beard.

Cyrus was the first Achaemenian Emperor of Persia, and issued a decree on his aims and policies, later hailed as his charter of the rights of nations. Inscribed on a clay cylinder, this is the first known Declaration of Human Rights, and is now kept at the British Museum. A replica of the cylinder is also at the United Nations in New York. The so-called ‘Cyrus cylinder’ was issued by Cyrus in Babylon (550 BC). The bas relief symbolizes multiculturalism and celebrates the peaceful coexistence of people from different backgrounds and cultures in one land.

It was created by Lewis Batros and Fereshteh Sadegh, in 1994.