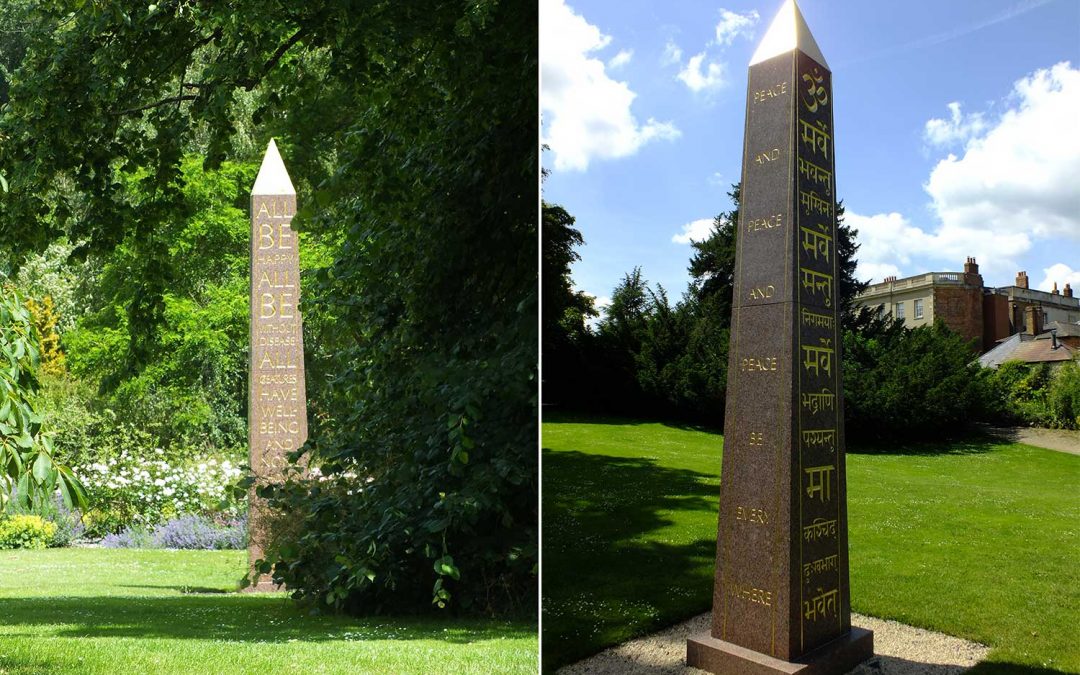 Designed and carved by Simon Buchanan, the obelisk is the brainchild of the School of Economic Science, who own Waterperry Gardens. They commissioned the work so visitors have a greater understanding of the philosophical principles of the school by expressing a common aim of members. It was installed in 2010.

The obelisk is similar to those of Egyptian style and incorporates an ancient prayer traditionally recited in Sanskrit. The structure also expresses a desire that peace should be everywhere in wording that reads:

‘All be happy. All be without disease. All creatures have well-being and none should be in misery of any sort’.

Waterperry was a school of horticulture for ladies 1932-1971. Upon the retirement of the founder, the property was purchased by the School of Economic Science, a worldwide organization based in London that teaches courses based on Advaita Vedanta, an orthodox philosophical system of Hinduism. The gardens, near Oxford, are open to the public.