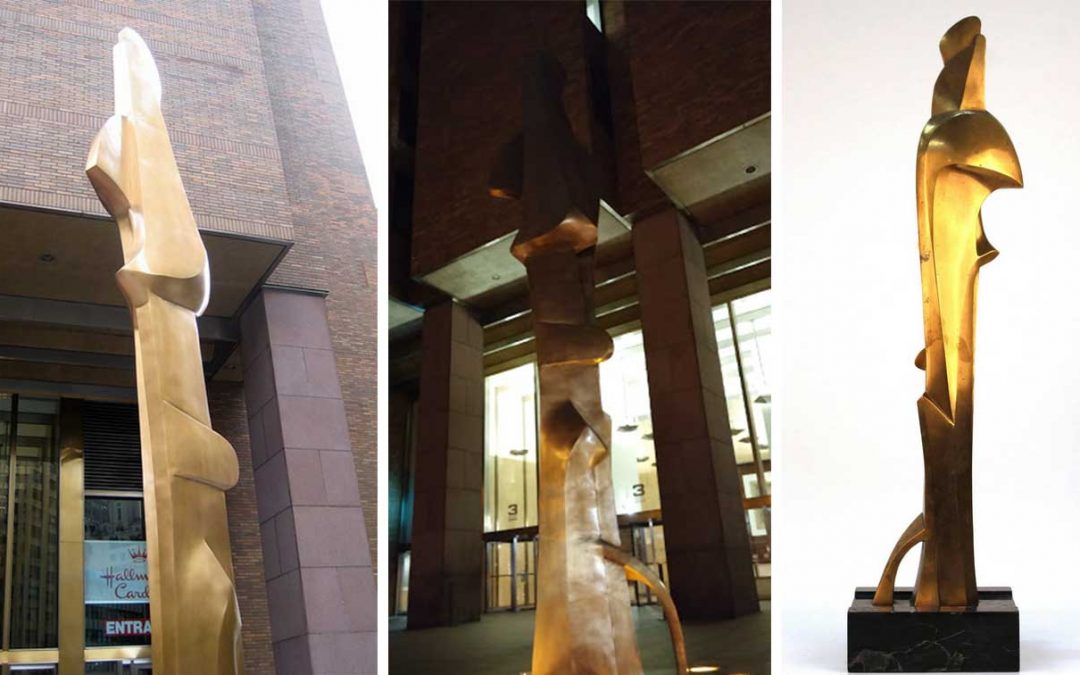 “Obelisk to Peace”, created by Irving Marantz in 1972, is at the main entrance of 3 Park Avenue (between 33rd & 34th St., in Murray Hill.) It is 23 feet high, made from bronze and is set on a polished granite base. (The photo on the right is of a smaller version that he cast, pictured here so you can get a better idea of its form.)

The armory of the 71st Regiment, New York National Guard, built in 1894, was originally located at the address. That building burnt in 1902 and was replaced in 1905. That armory was demolished in the 1960s. The site was vacant for a decade. Now the 42-story building is a combination of commercial tenants and several specialty schools including Unity Center for Urban Technologies, Manhattan Academy for Arts and Language, and Murray Hill Academy.

It is probably safe to assume that the installation of a peace obelisk was a reference to the site’s former use as an armory.

If you were wondering, the famous 1913 International Exhibition of Modern Art, the first large exhibition of modern art in America, was held at the 69th Regiment Armory on Lexington, not this one.