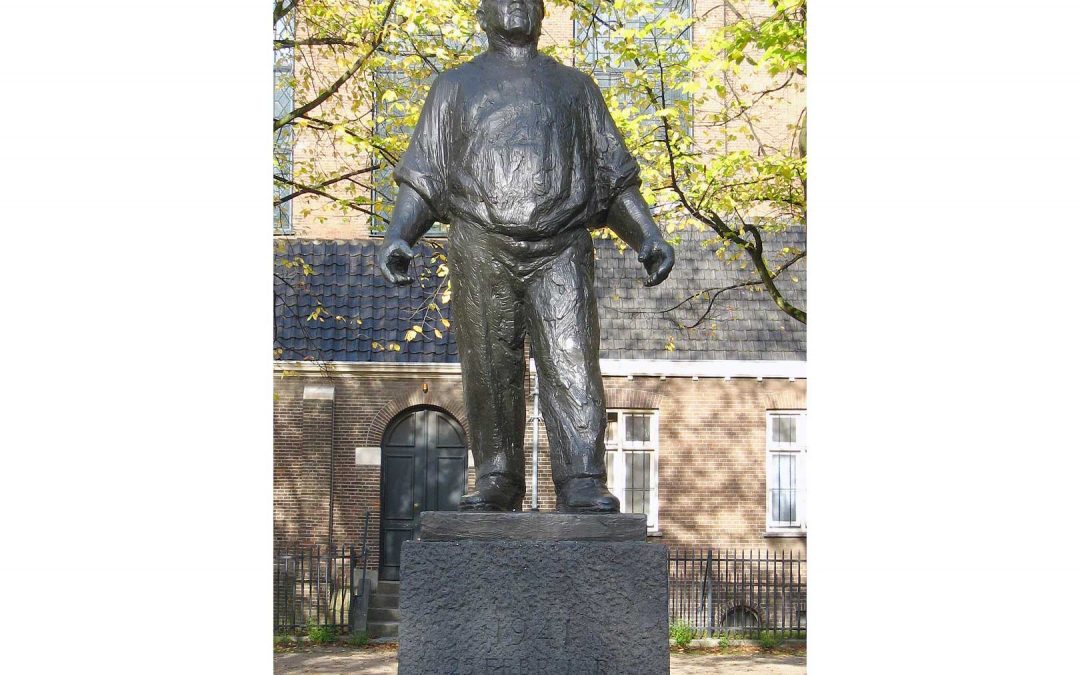 The February Strike (Dutch: Februaristaking) was a general strike in the German-occupied Netherlands in 1941, during World War II, organized by the then-outlawed Communist Party of the Netherlands in defense of persecuted Dutch Jews and against the anti-Jewish measures and activities of the Nazis in general.

The direct causes were a series of arrests and pogroms held by the Germans in the Jewish neighborhood of Amsterdam. It started on 25 February 1941 and lasted for two days; on 26 February, 300,000 people joined the strike. The strike was harshly suppressed by the Germans after three days

The strike is remembered each year on 25 February with a march past the this memorial, The Dockworker, first unveiled by Queen Juliana in December 1952. This statue was made by Dutch sculptor Mari Andriessen. All political parties, as well as the city public transport authorities and organizations of Holocaust survivors, participate in the remembrance. The statue was originally located on the Waterlooplein but was moved in 1970 the Jonas Daniel Meijerplein, a square next to the Portuguese Synagogue and the square on which the Germans rounded up 427 Jews in February 1941 and shipped them to the Mauthausen concentration camp, where all but one of them died.