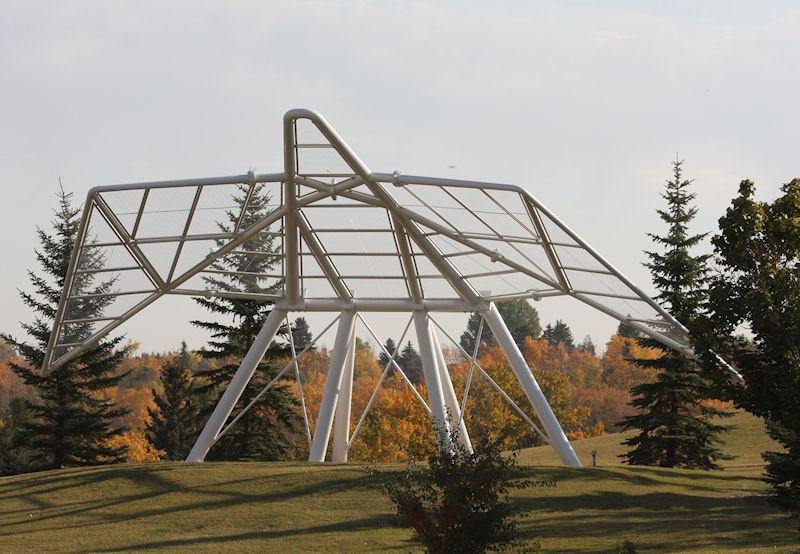 The Dove of Peace was designed and built to stand over the dais where Pope John Paul II stood to deliver his greetings and blessings during his visit in September of 1984. The frame of the structure originally included a white canvas tarpaulin covering to provide protection from the elements during the Pope’s address. In 1988, the 100th anniversary of the Catholic school district there, the schools, Knights of Columbus and the city created “The Dove of Peace to Rise Again project.” They  raised the $120,000 needed to move the stainless steel dove with its 56-foot wingspan to a new location on a hill in Gallagher Park, overlooking the city, where it has become a landmark of the city.