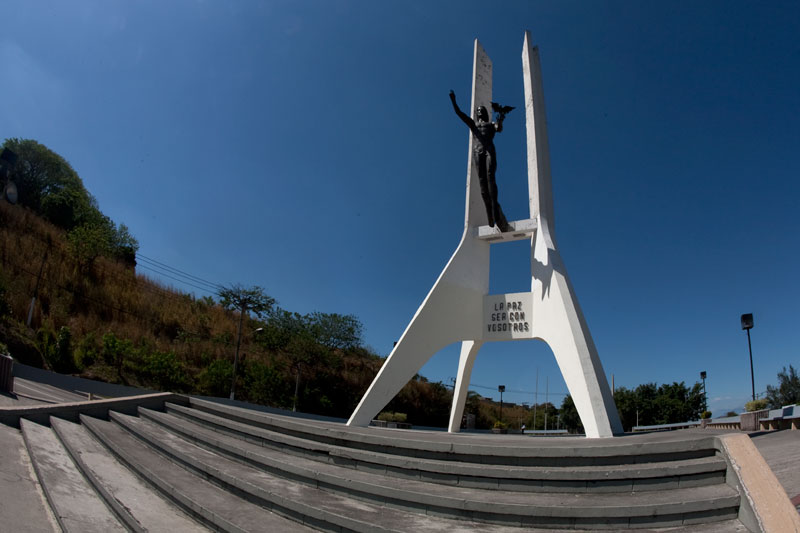 This “Christ of Peace” was designed by the sculptor Rubén Martínez in honor of the Peace Accords of Chapultepec, signed in 1992, which ended a decade-long civil war. It was unveiled in 1994 during the Central American Sports Games that took place in the city of San Salvador that same year.

The central figure of the “Christ of Peace” was made with bullet casings, brass and cast bronze. It has its arms outstretched as a symbol of reconciliation between the ideologies of the right and left and as a blessing to the Salvadoran people. It also features a dove in his left hand. “la paz sea con vosotros” means “peace be with us.”