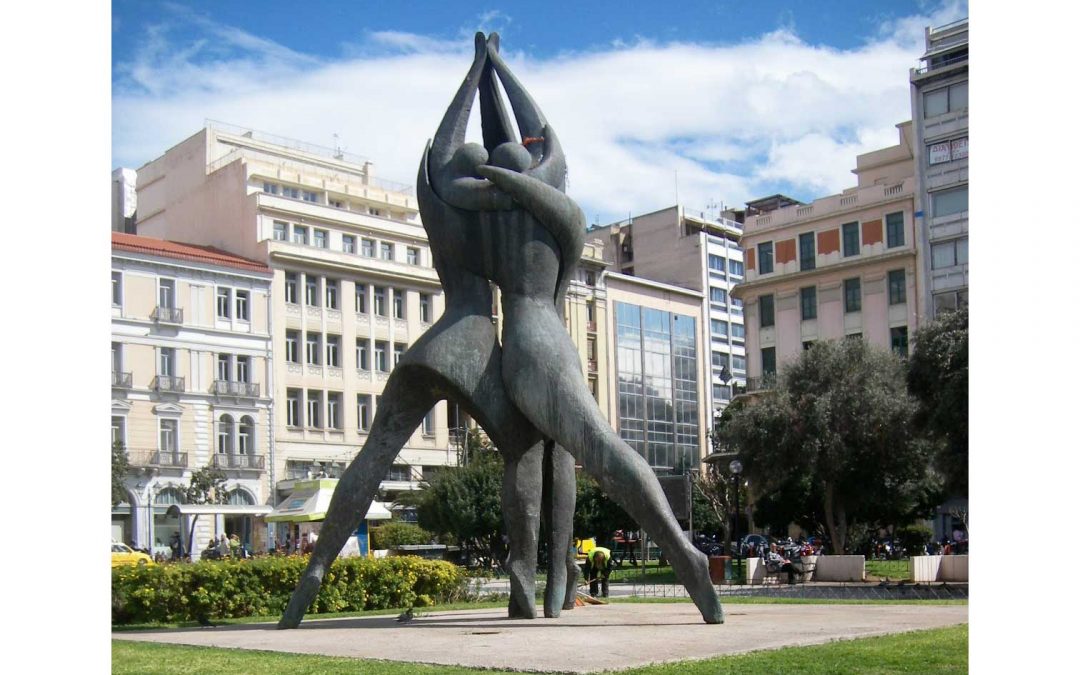 The sculpture was unveiled in 1989. It consists of three bronze figures embracing each other with one hand, other hand reaching for the sky. The sculptor was Vassilis Doropoulos . It is in Klafthmonos (Weeping, or Lamentation) Square.

Τhe Greek Civil War was fought between the Greek government army (supported by the United Kingdom and the United States) and the Democratic Army of Greece (DSE) — the military branch of the Communist Party of Greece (KKE) (supported by Yugoslavia, Albania and Bulgaria) from 1946 to 1949. So what took them so long to reconcile and erect this statue?

In 1989, a coalition government proposed a law that was passed unanimously by the Greek Parliament, formally recognizing the 1946–1949 war as a civil war and not merely as a communist insurgency. This statue commemorates that act of reconciliation.