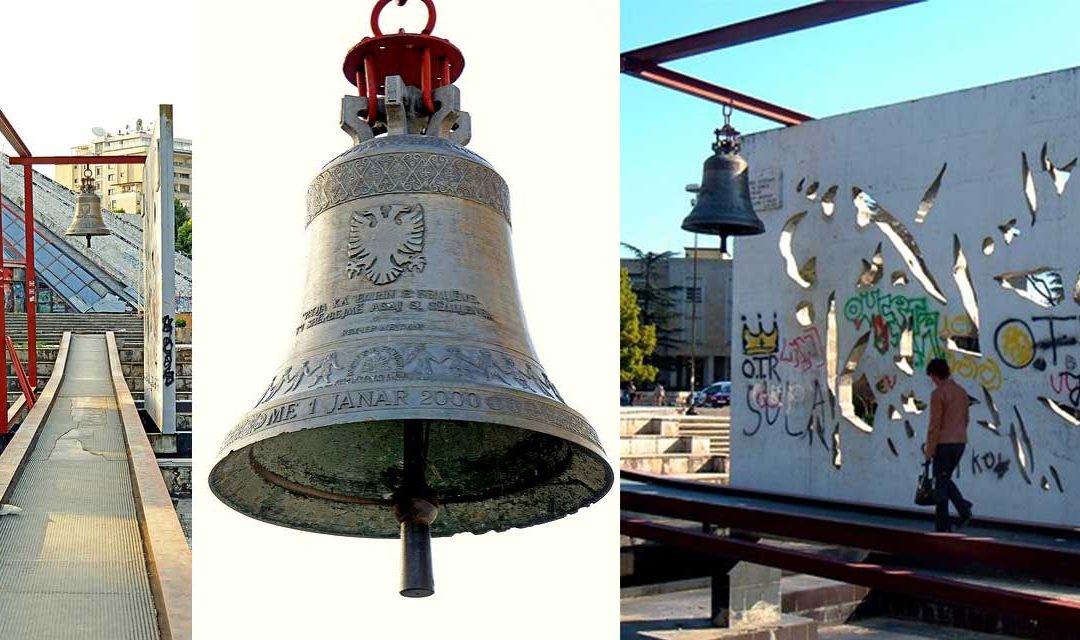 This peace bell is cast from from 20,000 bullet cartridges, gathered by Catholic children, lead by a Catholic priest, in Shkodra in 1997, following a period of civil unrest in the country in which 2,000 were killed. It is located near the Enver Hoxha Pyramid.

The wall is apparently a climbing wall, used to get close enough to the bell to strike the clapper.

The nearby pyramid was opened in 1988 as the Enver Hoxha Museum, a tribute to the long-time leader of Communist Albania, who had died three years earlier. After 1991, following the collapse of Communism, the museum closed the Pyramid, which was repurposed as a conference center and exhibition venue. During the 1999 Kosovo War, it was used as a base by NATO and humanitarian organizations. current plans are to turn the dilapidated building into a tech training center an hub.