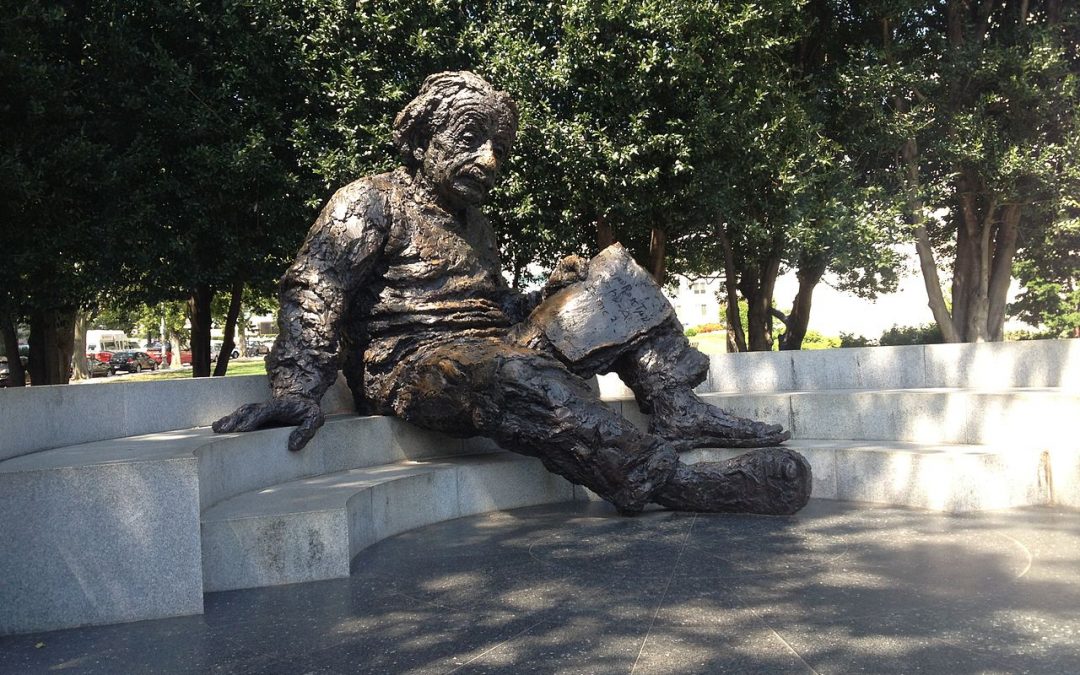 Situated in an elm and holly grove on the grounds of the National Academy of Sciences, the Einstein memorial was unveiled on April 22, 1979, in honor of the centennial of his birth. It is by sculptor Robert Berks.

He is holding papers containing facsimile handwriting of three of his most famous equations: the theory of general relativity. the photoelectric effect and the equivalence of energy and matter. On the back of the benches where he site are three quotations:

“As long as I have any choice in the matter, I shall live only in a country where civil liberty, tolerance, and equality of all citizens before the law prevail.”

“The right to search for truth implies also a duty; one must not conceal any part of what one has recognized to be true.”

Einstein denounced World War I and became an outspoken pacifist. The rise of Nazism and the horrifying events of World War II caused him to reconsider his position; concerned the Nazis were building an atomic bomb, he urged the United States to build one first. Six years later, when the bomb was dropped on civilians, Einstein openly regretted his action and became a champion of nuclear disarmament.