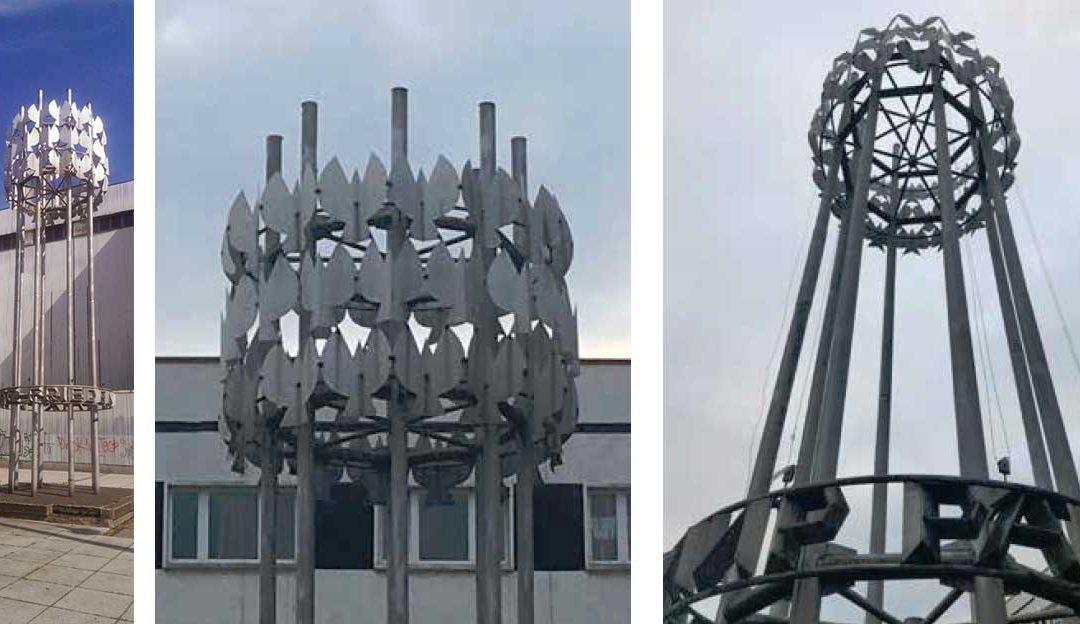 In this Soviet-era monument — Friedenstauben is German for Peace Doves — eight 10-meter- high flagpoles are joined with two rings. The upper ring is a play on perspective and decorative art, interweaving metallic doves in a continuously braided circular band. The lower aluminum ring displays the word peace in the languages of the Warsaw Pact. Since the reunification of Germany, the mast system is no longer used as a flagpole.

Dessau was the seat of the Bauhaus architectural school under Walter Gropius from 1925 to 1933; the Bauhaus structures in the city were designated a UNESCO World Heritage site in 1996.