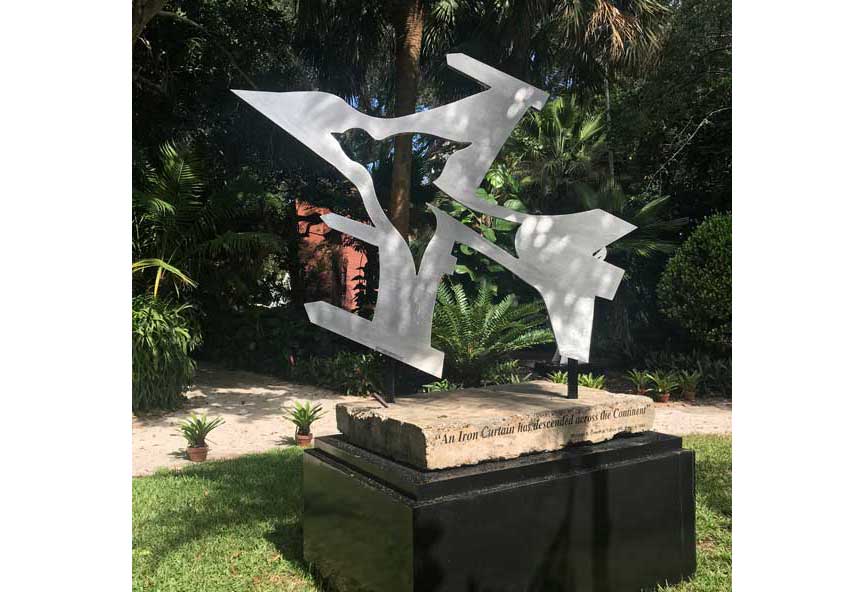 This statue, by Edwina Sandys, was unveiled in the Ann Norton Sculpture Gardens in West Palm Beach in October, 2019.

After the Berlin Wall fell in 1989, Sandys traveled to Berlin to acquire a 32-by-12-foot section, which she has used to create sculptures that express humanity’s defiance of political repression. We’ve previously written about BreakFree, in Hyde Park, New York.

Sandys’ grandfather, the late British prime minister Winston Churchill, warned of the coming divide between East and West in his famous “Iron Curtain” speech in 1946 at Westminster College in Fulton, Missouri. His forecast took shape in concrete when the wall went up in 1961. A line from this speech is chiseled on the Berlin Wall portion of this sculpture: ” An iron curtain has descended across the continent.”