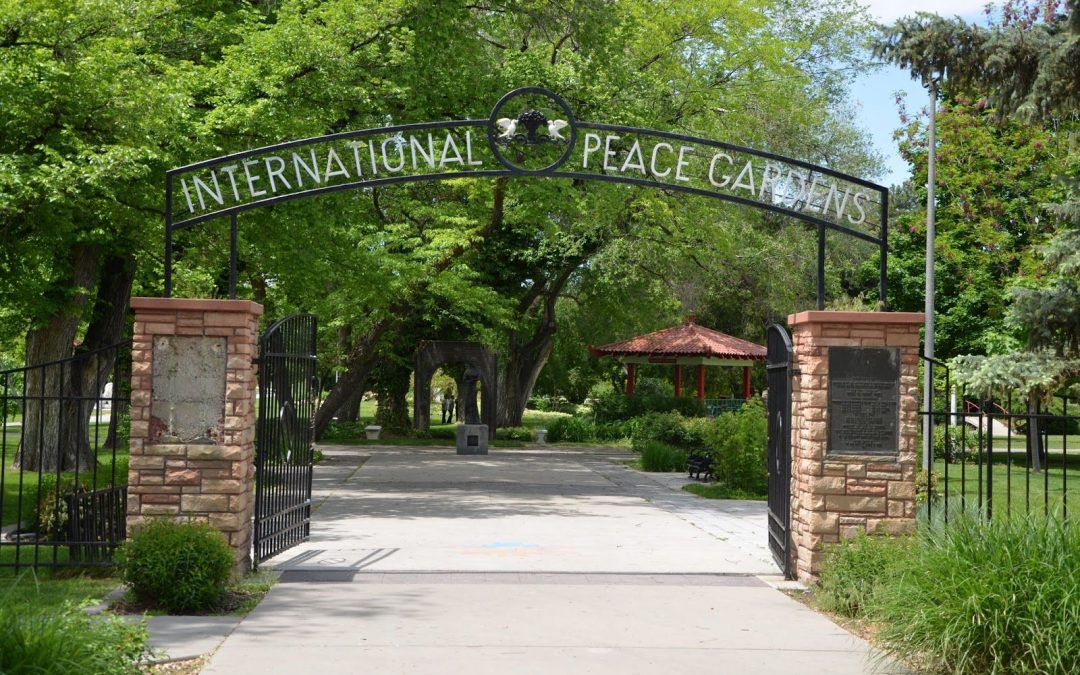 The International Peace Gardens, 11 acres located on the bank of the Jordan River, was founded as a citizenship project and as a lesson in peace and understanding between nations. The endeavor is considered evidence that people from many lands can unite in building a monument to peace. The garden was conceived in 1939 and dedicated in 1952.

The Garden is managed by the Salt Lake Council of Women Past Presidents Council. Each participating Utah-based nation group is allotted a plot in which to create a garden with native plantings and garden architecture and statues of world peace leaders typical of the homeland and its culture. The Peace Gardens currently represents the cultural diversity of twenty-six nations.

The focal point of the United States’ garden is a monument comprised of two sculptures by Avard Fairbanks: “Our Hope for the Children” and “Peace on Earth.” It was installed in 1976.

There are 84 Peace Poles in the International Peace Gardens, arranged in a continuous circle showing unity of all nations represented. They were moved here from Olympic Village a couple of years after the 2002 Winter Olympic Games. There is one pole for each competing nation. A duplicate pole was taken home by each team. On three sides of each pole is that typical prayer in three different languages: “May Peace Prevail on Earth.” The 4th side has, at the top, the flag of the country and the message says “May Peace Be In name of country. The Olympic symbol is at the bottom of the 4th side.

In the background of the photo below is a replica of the Matterhorn, part of the Swiss garden.